LawGiver is ‘The Kingson From Kingston’ 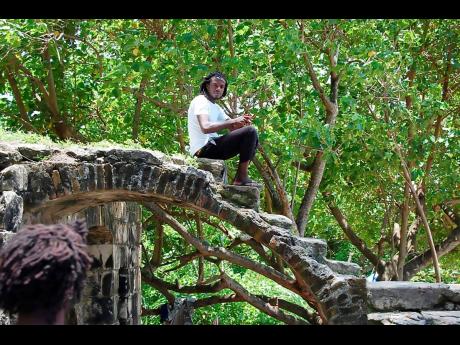 Reggae singer LawGiver has released his debut album called The Kingson From Kingston, which, he says, is already receiving positive reactions from Grammy award-winning producers, as well as from his growing fan base on social media.

"It has been in the making for some time now. However, my team and I are in no rush because we want it to reflect our true appreciation of the art form. I believe we have selected tracks that will attract music enthusiasts from all walks of life. It's an album that gives everyone in the human family an opportunity to 'hold a vibe' on any occasion," he said.

The Kingson From Kingston album features some of the industry's finest - including Sly and Robbie, Cleveland 'Clevie' Browne, and Dean Fraser.

"What I really love about this album is that it displays maturity and a vast understanding of the music business. I have features from veteran reggae singer Half Pint, to current dancehall artiste Chi Ching Ching and a few notable collaborations with emerging musicians. Reggae music is the heartbeat of the album. However, we could not leave out dancehall and afrobeat," he said.

It is hard for LawGiver to choose his favourite track, stating that each song encapsulates his own personal vibe.

However, he added that he had taken the younger generation into consideration.

"From observation, it's clear to see that each generation has a unique sound, so proper research was done to infuse what each era is interested in musically. I will be embarking on a promotional tour of sections of the United States, Europe and the Caribbean soon. My team and I are also promoting the official music video for a track from the album titled Queens Treat (featuring Benks)," he said.