Chaps getting buzz with new single 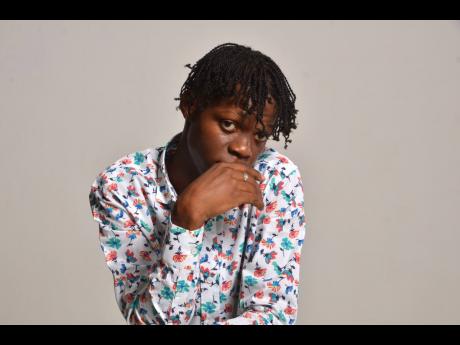 Mountain View-based artiste Chaps has emerged as one of the new exciting acts in dancehall as his latest single, ' Oh Gosh', has been bombing radio into submission over the past month.

"The whole ah Mountain View love and si what a gwaan; Jarrett Lane, Jacques Road, Backbush, the whole place love di party vibes and dem tune into the radio an' ah support di ting. Di road ah say Chaps; dem love how mi a represent fi di area, from the young to the old," said the artiste, whose given name is Yoshiko Innerarity.

Chaps showcases his spiritual side with a single called Medz, which addresses the savagery and social blight that often characterise life in the inner-city.

A video for that song has racked up more than 20,000 views since its release.

"The Medz song was about life, and also the video was shot inside my community, so the reaction was great," he said.

He grew up in the Mountain View area, where he attended Mountain View Primary School and then Clan Carthy High School . It was at Clan Carthy that he developed a reputation for his unique flow and witty lyrics.

He recorded his first song in 2016, a bouncy single called Climax, produced by T3M Music, which is based in the war-torn Jarrett Lane area.

He gained status in the community with the release of Medz before he got mainstream attention with his latest release.

He is focused on being a beacon of light in Mountain View, which often shows up in newspaper headlines with sporadic outbreaks of violence.

"I really want peace. I mean, I know it's a cliche answer, but with some sacrifice and dedication, you can turn something that seems impossible to possible in the blink of an eye. My life is an example of that; the non-believers never thought I would be here, but I am moving forward. It shows what hard work, belief, and dedication can do," he said.