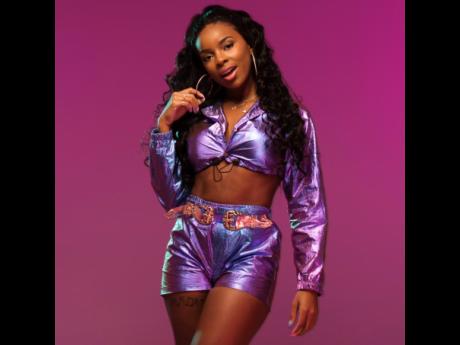 United Kingdom transplant Khalia has resettled in Jamaica for sake of her burgeoning music career.

She had plans to make deeper connections with her audience - a majority of them hailing from Latin America.

However, the singer ended up catching some attention from Jamaicans with her sensational mini docuseries, Island Girl Diaries.

Khalia is signed to K-Licious Music, an independent label run by prolific music producer Tony Kelly, based in Jamaica.

"So it made sense to move back, record here, build here. This is my first home and also who doesn't want to live in Jamaica?" she said to THE WEEKEND STAR.

Island Girl Diaries was developed as a sustained promotion for Khalia's single, Island Girl. But the benefit turned out to be two-fold.

"I am a proud Jamaican and wanted to show the world other things on the island apart from the typical tourist spots, because there is more to our island than beaches and jerked chicken. So we decided to do it, and it all made sense with the song," she explained.

The diaries follow Khalia to her first primary school, a donkey ride, a fun dancehall lesson with dancer Kimiko Versatile, and a trip to the healing waters of Bath Fountain, St Thomas.

Khalia is well-positioned to positively frame local culture for international consumption, because a great deal of her listeners are Hispanic.

"I put Spanish subtitles because a majority of my online fanbase are from Latin America, so I didn't realise so many Jamaican people would be interested, which I'm really happy about. I think this series helped me to connect more with the local audience. I was surprised at the amount of Jamaican people that watched and loved it," she said, before adding that her dream isn't in television or serial vlogging. "It was fun, however, music is my main passion so I will always focus on that."

Next up for the singer is a promotional tour in London, which includes an appearance at Notting Hill Carnival. That tour kicks off on August 20.