Keep our personal lives out of the ‘spotlight’ 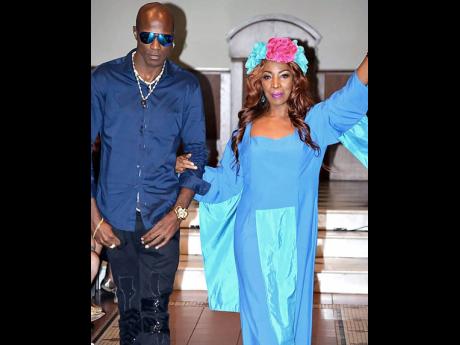 Dancehall artiste Macka Diamond is imploring her estranged beau, Spotlight, to keep their private affairs out of the pubic eye after he made a series of social-media posts to capture her attention.

Recently, the entertainer went live on Instagram for a short period to say that she is open to having a face-to-face conversation with Spotlight when she returns to Jamaica.

“If you should notice that my Live (her live post on Instagram) was little over two minutes because I would rather we discuss this within the privacy of my own home as I am very uncomfortable with our business out in the air like that. I really don’t want to be back and forth with him through the media or on the Internet,” she said.

According to Macka, she spoke to Spotlight briefly after she made the post, but they did not discuss the state of their relationship.

“I really don’t think a phone conversation would work. He did reach out to me, and I answered, but it wasn’t a regular talk like we usually had. He sounded really happy and ting. When I return to Jamaica, we can have a heart-to-heart talk, which will determine if we will go our separate ways or not,” she said.

Spotlight and Macka have been at odds for a few weeks after he accused her of cheating.

Macka Diamond, however, ­remains adamant that she is no cheater, stating that a few of her former partners may have been misled after she recorded her hit single Bun Him, which encourages women to be unfaithful to their problematic partners.

“After I did that song, most of who I got in a relationship with think that I am a cheater, but that’s far from the truth. I am actually very faithful, and my significant other needs to know how to know the difference between my personality on and of stage,” she said.