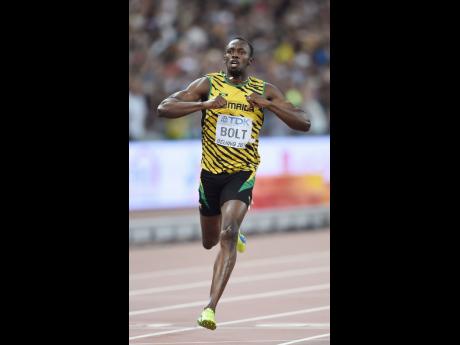 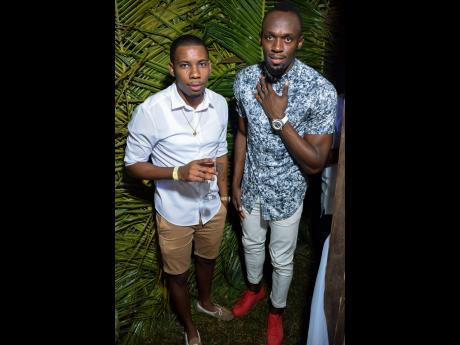 @Normal:Bolt Brothers: Enjoying the vibes at Appleton Estate Jamaica Rum's Chillin' On The Farm are Sadiki Bolt (left) and Usain. 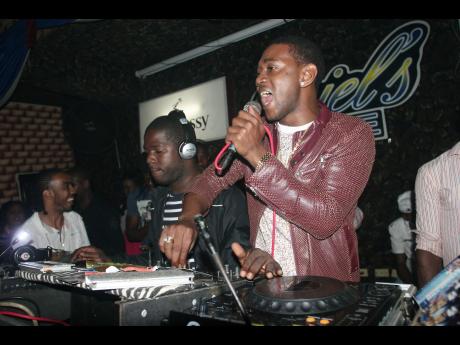 Sprint sensation Usain Bolt is at the centre of a dancehall controversy after a video of him paying selectors to play only 'Gaza songs', during a segment at a recent party began circulating on social media.

Bolt, a patron at a recent staging of Uptown Mondayz, showed his support for the Gaza group when he took the microphone and led his own set at the session.

The popular athlete instructed the party selectors to play only songs from the Gaza boss, Vybz Kartel, and after they hesitated a bit, he proceeded to issue $1,000 notes to help persuade them.

"A weh yuh wah mi do, pay yuh?" he said before throwing the notes on top the turntables. The selectors then gave in to Bolt's request, playing a number of Kartel's songs, including Which League to which Bolt sang along.

Since the video began circulating on social media, many users have been voicing their opinions. There have been some persons who have lashed out at his actions. "That's a very stupid and bad mind move Bolt, just think about someone paying your coach, college, TV or radio station not to highlight your talent," one user wrote.

"Listen to your choice of music in your space, but taking negative influence in the public as an icon and a role model to many, dat wrong," it continued.

"Is this guy a dj or a runner? Stay out a dancehall youth," another posted.

While some lashed out at Bolt for what they described as pettiness on his part, others came to his defence stating that the athlete has always made his preference for the Gaza Empire known.

"Leave the man alone, long time him seh Gaza, so what?" one user posted.

When the STAR contacted selector Boom Boom, one of the selectors at the controls at the time of the incident, he stated that people are blowing the incident out of proportion.

"Usain Bolt is a regular patron at Uptown Mondayz. When people see him come in dem know to expect something," he explained. "A nuh di first him a come hold a vibes and entertain people so people mustn't get it twisted. There is no bad vibes, he was just having fun."

When questioned about the athlete paying to hear only Gaza selections, Boom Boom said the phenomenon is nothing new. "If people watch the video carefully dem will see money on the tables before Bolt drop fi him cause money pull up did a gwaan long before that," he said.

"Money pull up is a thing in dancehall now, it has been for a while, so it's not as if Bolt did anything new," the selector said.

He went on to say that Bolt only offered to pay to hear the songs after he hesitated initially. "I was playing some songs on DJ Sunshine's riddim, and I wanted to finish di juggling so I said to him hold on mek mi finish, and that's when he brought up the whole paying for it."

Boom Boom explained that after Bolt was finished with his segment, the selectors went back to the regular musical juggling, which included songs from various artistes including Alkaline.

The selector also downplayed speculations that Bolt's action was to prevent Alkaline songs from being played.

"After Bolt done play him likkle segment, wi go back to playing wi tune dem and Alkaline song did a play and it get heavy forwards and even Bolt and him crew did a hold a vibes to it so people need fi stop misread di ting," he said.