What’s behind these bad reports on Caymanas Park? 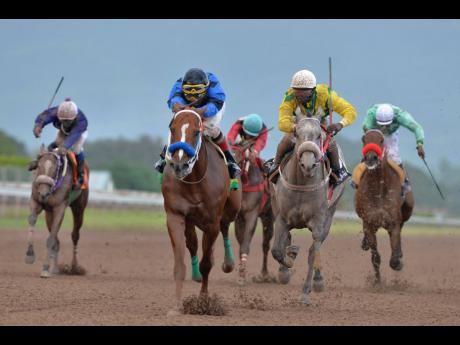 It was not long ago that there was this discussion about the news being too negative. Every day there is a fresh example of what that means.

In recent weeks, there have been a few stories concerning Caymanas Park and all the problems there – losses and the poor conditions grooms have to be working in, and so on and so forth.

I often wonder why you did not see much of those reports before, and it sometimes makes you wonder if something else is behind these reports.

Supreme Ventures acquired Caymanas Track Limited in 2017. They have invested, by my estimate, a few billion dollars in a bid to raise the profile of the industry that had been in decline for decades. During those years, where were the reports?

However, in recent weeks, there has been a few, and it does make you wonder whether this is a coincidence or not.

One of the things that continues to leave me perplexed is how we, as a people, expect change to happen in a heartbeat; like Thanos snapping his fingers while wearing the Infinity gauntlet.

When an entity has been run down for as long as Caymanas Park has been, unless you possess a Jeff Bezos-sized bank account, every step towards recovery will take time.

In the meantime, what is being overlooked is the type of investment being made to keep the industry alive.

Infrastructural improvements had to be made to the facility and the track. I remember speaking with a senior manager there a couple of years ago, and he outlined the significant undertaking necessary to get the plant up to modern standards.

A new well was commissioned to ensure that the compound, the horses and the general operations had adequate water, which is essential to the operations.

New trucks and tractors have subsequently been ordered, as the older water trucks were reportedly unable to provide adequate coverage within the same period.

In addition, my sources say, a number of new stables are to be built in the coming year, and efforts are being made to ensure that pest-control methods are employed frequently and on an ongoing basis.

On the track, one could successfully argue that things are on an upswing what with the new energy being experienced by punters and aficionados alike. The recent Diamond Mile weekend was a huge success, my colleagues at SportsMax told me.

There has also been significant growth to Off Track Betting locations, with the network growing from 68 to 120 locations island wide. This was something Major Hugh Blake, the CEO at the time, mentioned to me back in 2018.

There have also been other positive developments in that time as well, but I only have this much space here so, I can’t mention them all.

I say all this to indicate that we must have a greater balance to how we report things. Greater balance also gives a clearer impression that there is no hidden agenda behind the reporting.