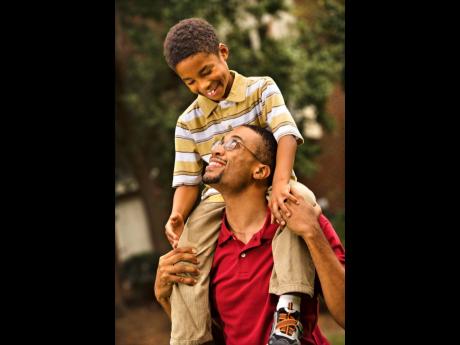 Sunday was Father’s Day, and I am honestly very impressed with the involved and open relationships that so many modern fathers seem to have with their children.

The narrative of the absentee father seems to be less relevant as so many of these men – some of them fatherless sons – take the responsibility of fatherhood very seriously.

I am very happy to see that fatherhood is being celebrated much more, and while there are children who are still navigating life without a father present, I think we are on track to setting an important precedent from which future generations will benefit.

It’s no secret that having a present, supportive, nurturing father in a child’s life has a multitude of benefits that last a lifetime.

As a matter of fact, fatherlessness has been linked to crime, according to former National Security Minister Peter Bunting, who has indicated that the lack of a father figure is one of the main factors that may cause young men to join gangs and turn to a life of crime.

I know that much of the day-to-day child rearing is still handled by mothers, but it’s awesome to see the growing involvement of fathers in the lives of their children.

As a society, we can help by encouraging the progression by being more supportive of good fathers. Men are not usually encouraged to express soft emotions, especially to their male children.

Other father figures – like stepfathers, uncles, adoptive fathers, even big brothers – are also to be celebrated because of their impact.

If as a nation we expect to address crime in a real way, we must start in the home because improving the relationship between fathers and their children is an important step towards achieving this goal.

I would personally like to commend the men who have stepped up thus far, and I look forward to seeing more fathers do right by their children.

Send your questions or comments to sexychatwithshelly@gmail.com or tweet me @drsexyann.Facebook: Dr Sexy Ann. Visit my website: www.drsexyann.com.