We are all one people 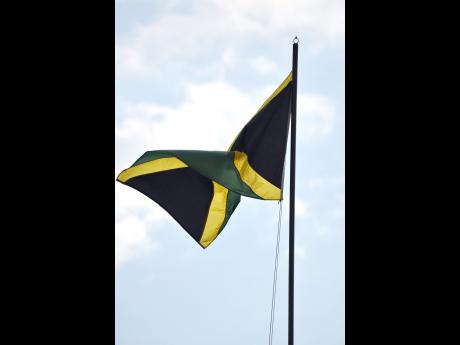 It fayba lacka seh Fadda God really soon come fi him worl' wid all of the bombings, killings and loss of innocent lives!

One time gone, it was only in certain quarters yuh woulda hear of these atrocities but now it a spread like wildfire an a tek ova the world. All places weh whole heap a we dream fi go a get caught inna di crossfire and now mi haffi a wonder if anywhere really safe?!

When mi see the devastation weh gwaan a Paris on Friday mi heart grieve fi di people dem who lose dem life and those families and friends left to pick up the broken pieces. About 128 people dem seh dead plus over 350 injured. When mi a watch it mi heart bleed because all pickney did involve.

This tragedy has however opened another side of debate as to how these atrocities are reported in the media and how we as people especially those of the Negroid race respond.

Many persons have on social media, changed their status to include the flag of France much to the ire of some. Some people a cuss dem how dem a "boasty slave" and house slave and a seh how the same French people dem did kill off the black people dem a Haiti and rape the country of its wealth and culture and sank it in a deep hole from which it can't recover all now!

Some a seh how the world not pay attention to the 147 killed in Kenya and the 43 killed in Beirut and those killed in Japan.

Some are asking why these other devastating events didn't get the same media coverage and empathy that France is now receiving.

First ting mek mi seh it is a person's right to empathise with whomever they please and dem free fi put up whatever flag dem feel like.

It is however important that we know and never forget our history and must be mindful that we are not myopic in our thinking. At the end of the day whether black, white, pink or orange, human beings all are we!

All lives matter and because of this I'm also urging the media to give fair and just coverage to inhumane acts across the world so that we can lend our voices and support to those individuals. It shouldn't be that when a tragedy strikes one set a people fi dem ting get highlight over another set.

Equality is equity. The role of the media is of paramount importance and if there isn't adequate coverage then we can't know what's taking place.

Over the years, it feel like when black people a face it, the world doesn't pay attention - including fellow black people. People will point to what took place in Rwanda and how long it took the world to care.

Yet as the ruption start a Kosovo people jump pon it like white pon rice! The colour of one's skin shouldn't determine the length and intensity of media coverage.

Afterall, out of many, we are all human beings. Memba seh all Jamaicans deh a France a study and live so we haffi careful how we broadbrush and lump everyone because of the history.

Everyone has a right to show support how they choose as long as dem naa do nutten illegal but again I say let us extend our hearts and consciousness to all and not just a select few.

There needs to be a paradigm shift in the ways these types of devastating events are reported so there can be less division. People can't support or empathise with what they dont know about but when we know we need fi give it the same amount of attention.

We are a multifaceted people and not restricted to only support one group at a time. We can still show love to everyone because right now a dat the world need - more love so we can have more peace!

Bob Marley put it perfect "One love, one heart, let's get together and feel alright"