Don't talk what you don't know! 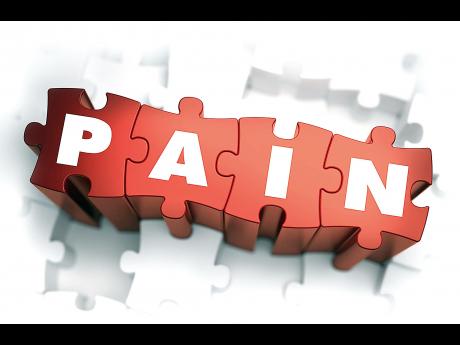 Mi Granny used to seh "if yuh no have nutten good fi seh kibba yuh mouth"! And that is the exact sentiment I have with regard to some comments I've seen about the young lady from University of Technology who was brutally murdered.

I've seen some very uncharitable remarks and some unfounded conspiracy theories as to what could've been the reason behind her untimely death. The way the country full up a "detective" and "CIB police" pon social media and pon corner is a wonder every crime no solve a Jamaica!

So many people can talk and seh wah happen and how it happen yet dem naa tell the police the information so dem can solve di crime! But the police dem fi start scour the Internet and see who a chat and page dem since dem know so much!

It hurt mi fi hear some a di tings dem weh people a allege a di cause of her death. It is appalling that people who the promising young lady has never met or exchange a word with have so much judgement fi pass and so much tings fi seh. Mi no really response weh nobody want fi seh ... nothing behoves a person to tek another person's life like dat. There isn't a reason that can pass the litmus test fi nobody agree with that kind of savage behaviour.

It is sad to say that in times like these there are people who are despicably wicked and evil among us. Some people heart wax cold and they don't have a second thought to spare somebody's life. Mi naa try seh everybody a angel and 'innocent'. Some people who a dead know why dem a dead or weh dem mix up and twine up inna but there are those who are genuinely innocent and get caught in the crossfire.

To how tings set a way inna Jamaica yah now people will want to hurt you or kill people some gruesome way fi mek it look a way so people can speculate and lose interest in bringing the real perpetrators to justice. Nuff time mi hear people seh "a mus something he or she involve inna" sometimes it go so and sometimes it don't. Mi memba when di woman weh eight months pregnant did get shot at her gate and manage to survive the attack and when we hear from di shout is her man ... her babyfadda involve and orchestrate it! A man who held high position in church and ever a lead worship! If di woman did dead wah mount a speculation woulda deh pon her because nobody wouldn't believe a man like him would do dat!

Right now yuh haffi careful a all yuh shadow! Because even those yuh feed and mine a hurt yuh fi mek people pass all kinds of assertion. Mi just a ask people to remember that though many of these people are just dead people or bodies, they have family members and friends who are grieving so we ought to try and respect that process. Even if a person wants to play "detective", try and do it in a private setting so that there is no insult to injury.

My prayers and condolences go out to her family, friends and the UTECH family. It is indeed a sad and senseless killing. But God a God and when we can run and hide from man we can't hide from Him ... Him see and know all things.

Mi no believe inna embellishing nobody when dem dead and gone. Mi believe inna talk di truth. Cause if the person was a rogue when dem alive mi cyaa bother go seh him did deh pon church choir and feed the homeless when mi know a lie. In the same way mi no like when people give people basket fi carry water and talk bout the people dem life with authority when a lie dem a tell. Let us remember human beings all are we and we wouldn't want anybody a tarnish we family member name without reason.