Is courting different from dating? 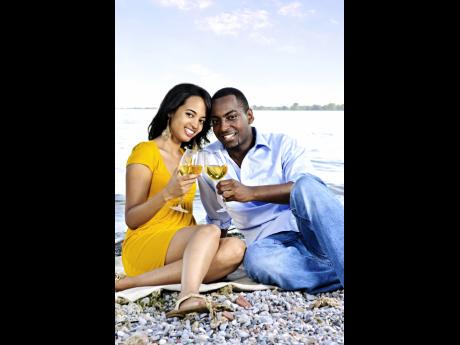 Ok, guys and gals. So now that you have both been tipped for marriage preparation, let's now turn our attention to how to go about building the relationship on a firm foundation. The question now arises, 'Do we court or do we date?' Is there a difference between the two? The answer is that you do both, as they are different, and courtship isn't just for conservatives.

It's sometimes difficult to define, but the essential difference between courting and dating lies in their purposes. People date for various reasons, but people court only under the assumption that they will marry. And despite its old-fashioned connotations, courting is still widely practised today, especially in religious circles. Even if you're not religious, courtship guidelines offer solid advice to the modern daters among us.

Here are a few guidelines for dating and courting:

Only court one person at a time

There's no 'shopping around' once you start courting. The 'what are we' talk may even occur on date one. This initial commitment is meant to provide the freedom to love each other fully without being afraid that the other person will start considering other partners. Of course, this doesn't mean that all courtships end in marriage, as reality dictates that some things simply aren't meant to be. It just means that people enter into courtships for the purpose of a serious, future-focused relationship.

Be honest and direct about your intentions when you start dating someone. Looking for a rebound? Say so. Want a long-term relationship? Make that clear. Likewise, be honest with yourself. If you want to settle down, don't feel uncomfortable passing on a man who is sweet and charming but a total commitment-phobe.

Courting couples wait until the wedding night to have sex. Although non-religious dating culture upholds the importance of discovering sexual compatibility prior to marriage, couples who court believe that true commitment means learning to be sexually compatible after marriage, even if it doesn't happen right away.

Without going so far as to stave off sex until the wedding night, many new relationships could benefit from prolonging the first roll in the hay. While you're busy figuring out if you can tolerate his differing political views and whether or not he'll change his mind about wanting kids, sometimes it's easier to remove the sexual distraction from the equation until you know the relationship is a keeper.

To those comfortable with dating, courtship may sound like an antiquated, even foreign practice incompatible with contemporary norms of sex and relationships: starting a relationship with someone doesn't have to mean you automatically spend long hours gazing at and whispering sweet nothings to each other. Lighten up in the early phases of dating! Get to know each other better first as friends before going deeper. There's a reason there are adages like 'slow and steady wins the race'.

To courting fans, however, the practice is less about rules and regulations, and more about emphasising selflessness, friendship and commitment, and diminishing the use of romantic partners for sexual and emotional indulgence.