Paulwell loses his US Visa 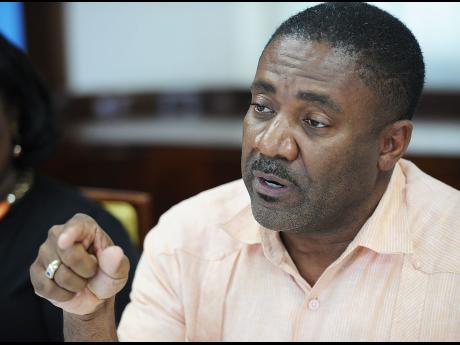 Phillip Paulwell has lost his United States of America visa.

Paulwell, a vice-president of the opposition Peoples National Party, said he is not aware of any reason nor has he been told of any which could have motivated the US authorities to act in such a manner as to the cancellation of his visa.

The PNP shadow minister of Mining and Energy, is attending a conference of progressive parties in Cuba at the invitation of the Communist Party of Cuba.
He said that he will seek clarification on his return to the island next week.

Paulwell joins Daryl Vaz, minister without portfolio in the Ministry of Economic Growth and Job Creation, as parliamentarians who have recently been stripped of their visa.

Vaz confirmed the revocation saying the US Embassy in Kingston has written to him, advising that subsequent to the issuance of the visa, it has received information that he "may be ineligible".