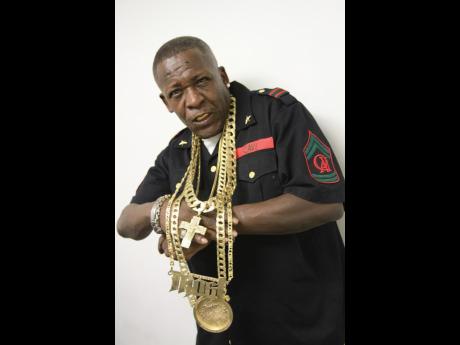 Members of the local dancehall fraternity have been posting RIP messages to veteran deejay and actor Louie Rankin, who reportedly passed away Monday.

A post on a Twitter account @LouieOxRankin, which is believed to be authentic, posted that "it saddens us to announce that "the orignal don dada", "the trailblazer" - the legend Louis Ox Rankin passed away this morning."

There are conflicting reports as to how Rankine died. One report is that he was hit by an SUV while crossing a roadway.

However other reports are that Rankin's vehicle was hit by a truck.

Dancehall bigwigs including Popcaan, Spice, Chi Ching Ching, and international stars like Safaree have all paid respect to Rankin, given name Leonard Forbes, by posting messages on Instagram.

He was also known for the role of Teddy Bruckshut in the movie Shottas (2002), starring alongside Ky-Mani Marley and Spragga Benz.

In 1992, Rankin scored a big hit musically with the single Typewriter.