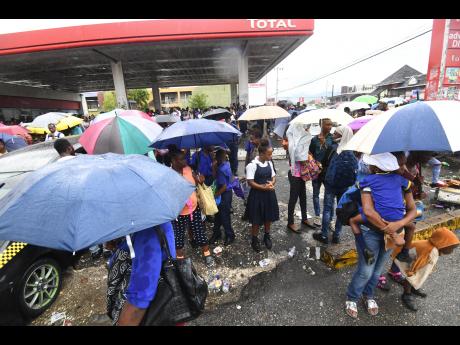 Prime Minister Andrew Holness has called for a thorough investigation into the incidents involving the murder of two drivers and the overall disruption to the public transportation system.

In a statement to the media, Holness said that he had been briefed by the Minister of National Security, the Commissioner of Police and the Minister of Transport and that "it is clear that indiscipline on our roads has now reached a level where it is a threat to our economy and public order and safety."

Holness said he had directed the Security Minister and the security forces, "to take firm action in this regard and to ensure that the incidents are thoroughly investigated and those responsible feel the full force of the law including those persons who misused social media to create panic".

Holness also assured Jamaica Urban Transit Company (JUTC) drivers that the necessary measures would be in place to ensure their safety and security so they can continue to provide the public with the necessary transportation services.

He also commended the Public Safety and Traffic Enforcement Branch (PSTEB) of the police force, "for their swift response and the provision of service with limited resources".

The many taxi operators "who continued to fulfil their responsibility to the public even amidst the disturbances" were also lauded.

"I wish to express my sympathies to the families of the JUTC employee and the taxi driver who were killed," the statement also read.